# Angel funding trends in 2022
# Get investment in times of crises
# Risk sharing with co-investments
# How to be interesting for angels
# Legal, taxation and financial tips
# Pitch of selected startups 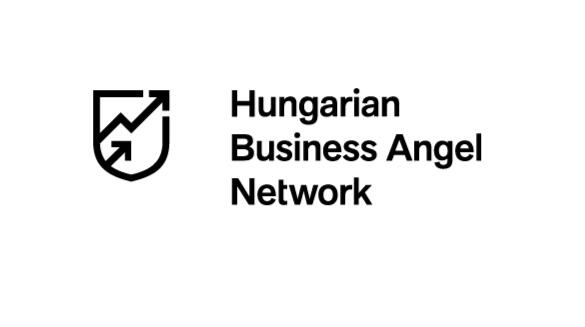 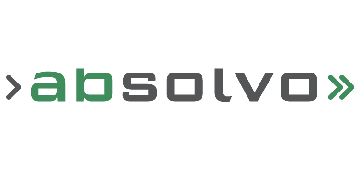 Are you an aspiring business angel with tons of questions? Do you want to know more about high growth potential startups and how to invest in them? Or are you an accomplished business angel with answers, looking for investment opportunities? Or are you a startup with a great project, looking for investors? Or do you simply want to learn more about business angels, angel investments and how they work? You have just found the right event!Join us for the Angel Fest! Via our special offers you can get access to The Scaleup Fest as well, the international event about scaling and growing beyond CEE.

Who is it for?

• Meet angel investors
• Learn the angel mindset
• Get feedback
• Know when, how and where
• Share your story
• Get support 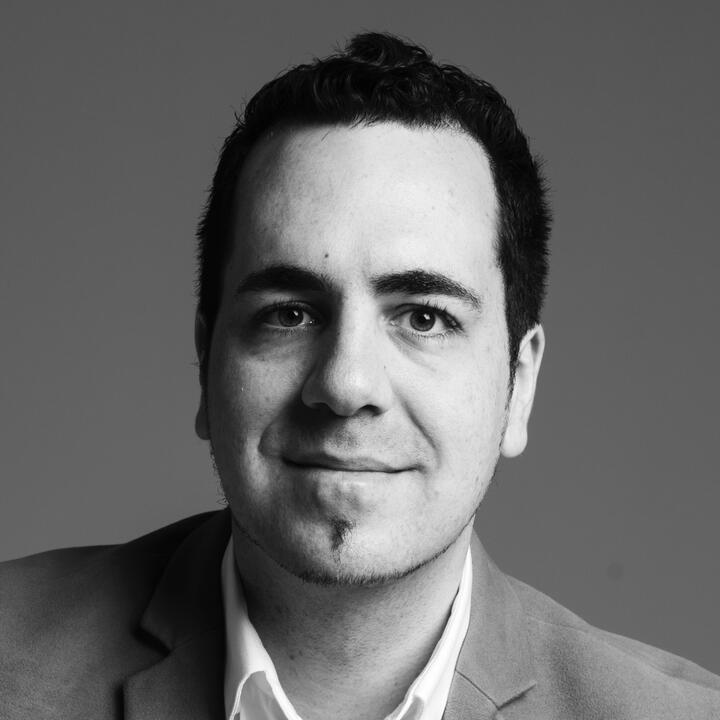 Peter Csillag is a former and acting (does it mean serial?) entrepreneur, angel investor, and president of HunBAN. Family guy, father of two, often hesitating between sports, trekking and bier-in-the-pub activities. Peter was a founding CEO of Starschema, the biggest data technology startup of Hungary which made an exit in 2022. Peter invests mainly in techy things, like edutech, datatech, recruitech, but also interested in ESG and impact investments and generally solutions to the problems of the changing world around us. Dénes Csiszár is an entrepreneur, university teacher and board member at HunBAN. He’s co-founder of multiple startups with verticals ranging from developer tools to gaming. Dénes is running an impact software studio helping NGOs, impact startups and foundations to make the world a better place. He’s CTO at eTheater, a local streaming service which saved local theaters during COVID and is up and running ever since. Being a versatile character, Dénes is also leader of the MBA entrepreneurship track at the Corvinus University. An avid Dungeons and Dragons fan since 1991, he really likes to tell a good story. Petr Šíma sets the direction for the investment group DEPO Ventures, which he founded in 2016. The group takes care of two angel funds and owns the international syndicate of angel investors DEPO Angels. In addition, he is a board member of the leading European Business Angel Network (EBAN). He specializes in fundraising and consulting in M&A, in which he has more than 25 years of experience.
As a student at the University of Economics, he founded an investment company and an investment privatization fund with a few other people. Later, thanks to this experience, he found himself on the board of directors and supervisory board of several companies. In 1993, he founded the consulting company NSG Morison, focusing on corporate finance, tax and legal advice. In 2000, he joined the company with Morison International, where Šíma served on the European and global boards, leading the European as President. Jim Burke
Head of Marketing at Vauban from Carta

Ex Weezy, Ex Knotel and 2x Founder. Jim leads the marketing team at Vauban which was recently acquired by Carta, the US fintech. He has worked with startups at all stages from starting his own companies to leadership roles at pre-IPO tech unicorns. Beginning his career in Silicon Valley he is now based in London where he specializes in GTM strategy and helping companies expand internationally. I am dr. Róbert Vámosi, a partner at PV Partners Law Firm, a lawyer dealing with corporate financing. In addition to more than 150 legal due diligences and transactions (capital investment and merger and acquisition), I provide legal and business advice to companies that are preparing to take the next level. Barbara has a quite unusual profile as a business angel. She was grown up in a multinational environment as an HR professional (from 2001 till 2019). She used to be the HR Director of Nestlé. In 2016 she initiated an entrepreneurship program at the company, and this was the first time when she met startups – and it was love at first sight. Based on this experience she left the food giant and started her own company, called Future Proof Consulting. Together with her co-founder, Patrícia, they assess and develop start up leaders and teams. Her dream is to have an alternative ecosystem in Hungary, where real performance, private money is in focus. It was the main reason why she joined HunBAN a year ago. She is a beginner as an angel, has 7 investments so far. Main motto as an inventor: let’s invest into people potential, not numbers.

Jared Schrieber is a serial entrepreneur, angel investor, board director and soon to be author. Jared was the founding CEO of Numerator, a Silicon Valley startup which earned a unicorn exit in 2021. He now calls Budapest home and has rapidly become Hungary's most active angel investor. Jared's storied past includes a few hacks at MIT, co-founding the Pat Tillman Foundation, throwing the javelin & playing Australian Rules Football. Most recently, Jared established the Revolution Robotics Foundation to bring the inspirational joy of educational & competitive robotics to all kids globally.

András Fülöp is a senior M&A specialist and investor. András started his career as an intern at Deloitte in 1994, until last summer, when he retired as Country Managing Partner and Regional Head of Finance.
During these 27 years, András' main focus was advising on M&A transactions in Central Europe, and during his last period at Deloitte he started to build new services and teams, such as Hungarian technology advisory and regional banking regulatory advisory. Since then, he has built a small angel investment portfolio and mentors fintech startups Andras has not completely abandoned M&A advisory, he is currently helping a UK technology carve out to scale globally. 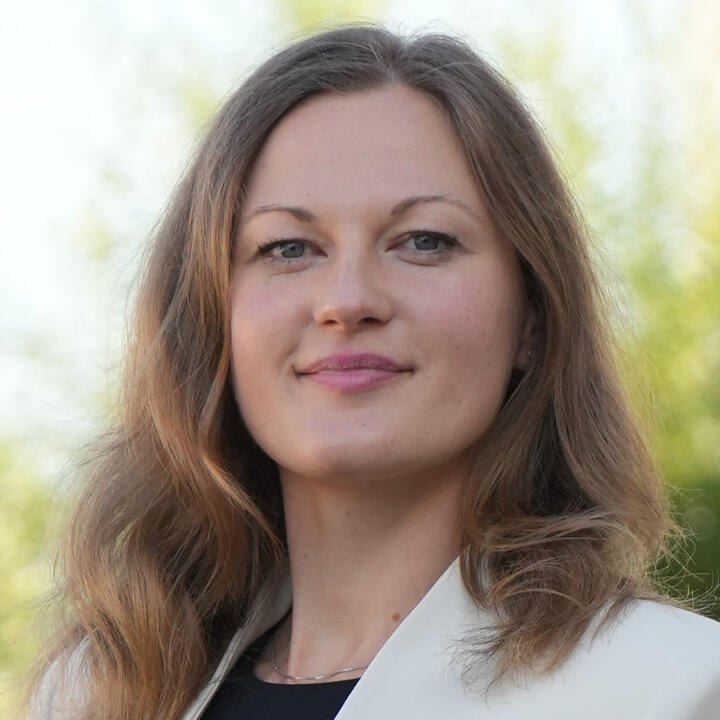 Paul G. Putz is a serial entrepreneur and capital market specialist form Austria. Paul is one of the three founders and managing director of Danube Angels, an investor network in Austria which counts 170 investors from 18 countries. He studied Executive MBA of California State University, Hayward and has 30+ years of experience in corporate finance. Influenced by his work on the Vienna Stock Exchange, but also on the capital markets in Prague, Frankfurt, London and Moscow, Paul later took up an issue that was particularly close to his heart: supporting young and talented entrepreneurs with equity in Central Europe, transferring idle funds from bank accounts to the real economy and promoting growth, employment, technological advancement, and positive impact. Antal is business angel and entrepreneur since 2010 and first president of the Hungarian Business Angel Network. He co-founded Traction Tribe, a tech accelerator. His most promising co-investment to date is Commsignia, a V2X company that is on some people’s soonicorn list. His defining professional experience is at investment banks in Frankfurt and London as a derivatives trader and quant. Antal holds a PhD in statistical physics. He firmly believes that the CEE tech entrepreneur communities have great potential and he plays an active role in building them. Antal is passionate about purpose-driven enterprises to an extent that he is the founder and CEO of SignCoders, a digital agency for deaf and hard-of-hearing professionals. József Török
Founder and board member of HunbBAN

József has been working in venture capital since 2010. Leader of 50+ investments and 10+ exits. Founder and board member of HunBAN. From 2021 he works as investment director at Blue Planet Climate Fund. Chairman of the Foundation for Széchenyi István College for Advanced Studies. Deep knowledge and experience to transform ideas into business models - focusing on management skills, market needs, customers and financial aspects. Another deep knowledge of time management as father of three children.

Our partner event, The ScaleupFest (in the afternoon of 6th October at the same venue)The ScaleupFest provides you 50% off if you buy a ticket for The AngelFest event.If you are interested in joining any or both of the events, please indicate your intention on the registration form! Codes entitling you to take our partners’ discounts incl. further information and instructions will be sent you in a private email once you closed the ticket purchase transaction for The AngelFest event.